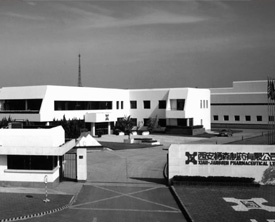 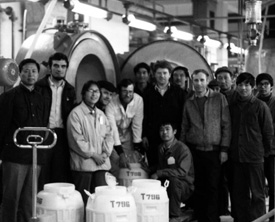 Horsten International is set up by the late Joos Horsten in 1997 and is managed by three of his four sons. In 2001 Horsten established its Chinese office in Xi'an and in 2004 a Hong Kong trading company was set up.

Just after graduation as a civil engineer in 1967, Joos started working at Janssen Pharmaceutica NV, a Belgian pharmaceutical company, part of Johnson & Johnson. After a successful career of almost 25 years at Janssen, he continued his career at Solvay Pharmaceuticals, a Belgian chemical and pharmaceutical multinational, as Vice-President Technical Affairs.

On June 21, 2008, during a 4-day business trip to Beijing and quite unexpectedly, Joos passed away in his hotel room.

For his contributions to the Chinese people he was officially awarded a medal from the hands of prime minister Li Peng in the late 80’s.

In 2007 a book was published which tells the intriguing story of the Chinese joint venture of Janssen Pharma. This book, inspired by Joos Horsten and written by Geerdt Magiels, recounts the fascinating experiences of Belgian and Chinese people working together for years during the establishment of Xi'an-Janssen – and the eternal friendship that thus flourished among them.

Based on eye witness reports, “Paul Janssen. Pioneer in pharma en in China” tells the story of a man with a vision, of a company in its growth to a world player, of two countries worlds apart yet close at heart. It combines biography, science, management and modern history in one fluent and fascinating story.